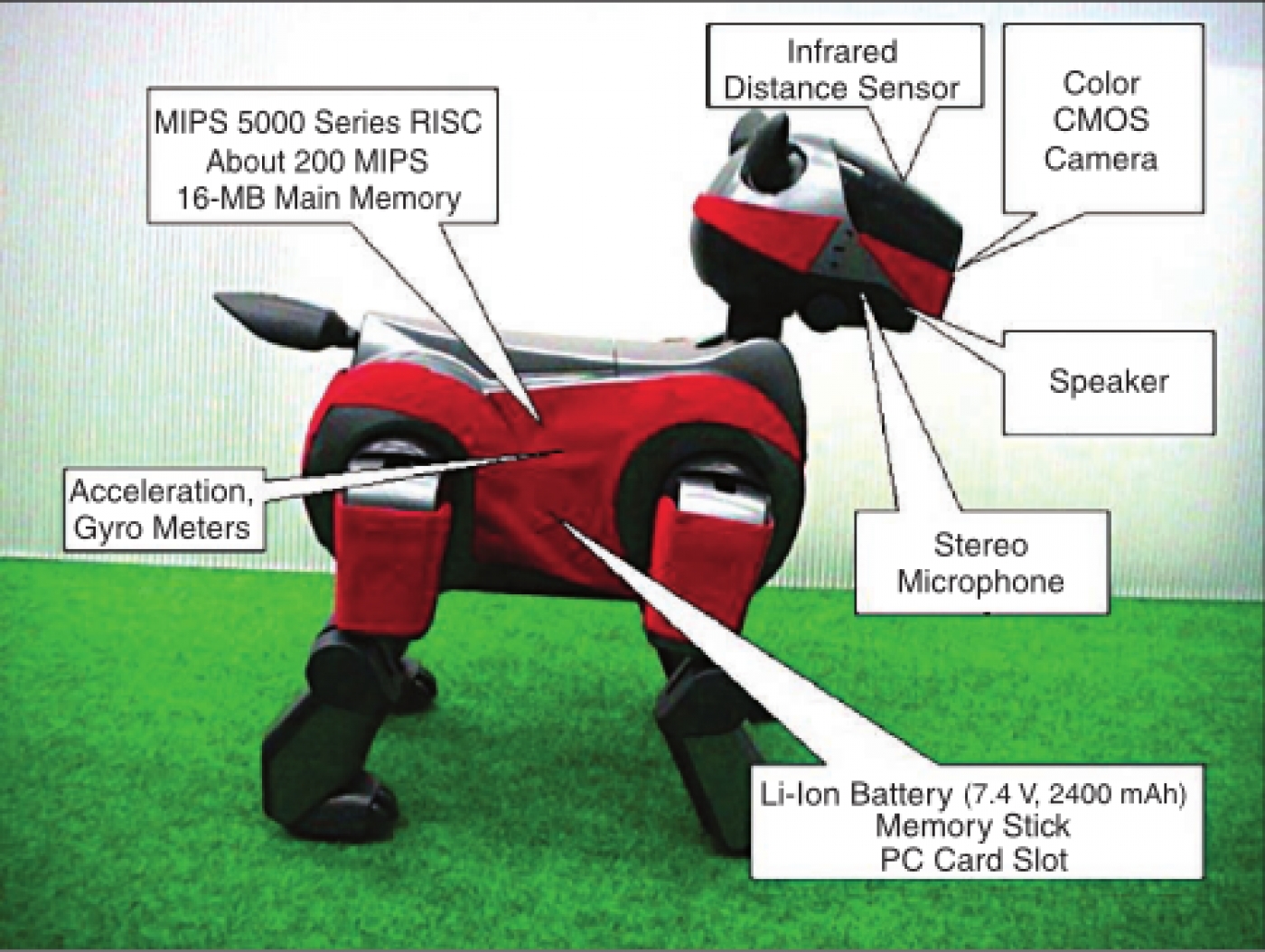 The ERS-2100 is a developer revision of the ERS-210 used in RoboCup competition.

The ERS-2100 predated the creation of the ERS-210, although the timeframe is unknown. The robots were confirmed to be used during the 2001 RoboCup 4 Legged League. Currently, to our knowledge there are no working ERS-2100 robots present in the community.

If anyone has one I would be willing to try to repair it even if it has broken parts as I can try to reproduce the broken items using our single item manufacturing processes.  We also have full logic repair technologies to try to repair any logic board problems.

The ERS-2100 is almost entirely unique in it's construction- the modules that make up the model are incompatible with the ERS-210 components, predating their conception and production. The CPU handles 200 million MIPS in comparison to the ERS-210's 100 million. It housed 32MB of memory rather than 16.