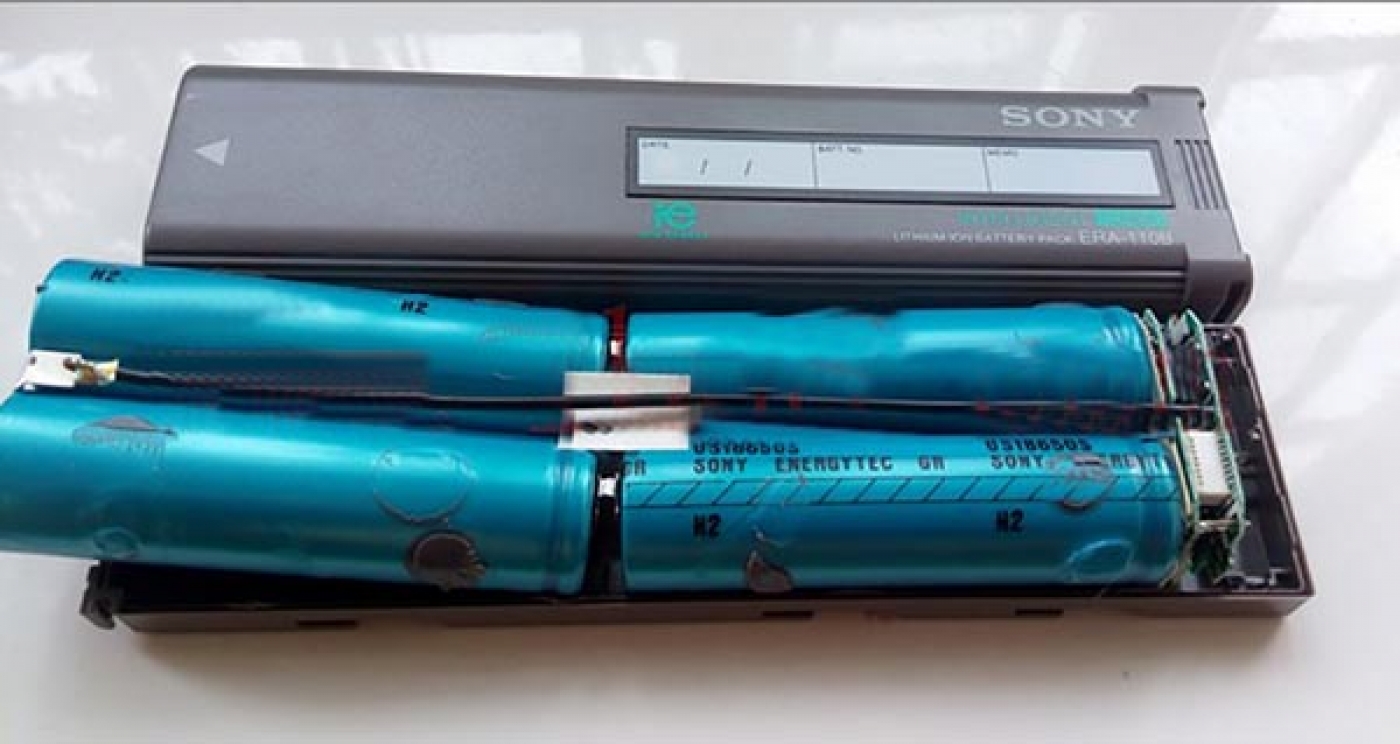 Over at our sister site https://aibo-repairs.com they can repair all types of battery problems including pub damage.

This is what they have to say about Aibo Battery Repairs:-

Yes you saw that for real, we can and will repair most faults to the pcb contained within the battery of all Aibo models.

One of the biggest killers of Aibo batteries is lack of use, yes this may sound odd but when the cells drop below a certain value a protection circuit kicks in and then this prevents the cells form being charged (as it could overload the charging circuit and/or damage the battery).

This protection circuit is necessary because of the way lithium ion batteries are charged.  Their initial charge period is called constant current where the current is allowed to ramp up to the max available by the charging circuit.

Eventually this current will drop to the float level which is the value required to keep the pack topped up but not over charge it and cause overheating.

Once that pack voltage drops below a certain threshold it's days are numbered.

What this then means is that the voltage inside can only drop as the cells gradually leak voltage unless charged to a very specific storage charge, flaws in the design of the circuit meant that even new unused batteries become useless after prolonged periods of storage.

This then created that catch 22 situation where the battery needed charging but the battery refused to let the system charge it - effectively disabling itself forever (in most cases).

The internal cells then continue to reduce in voltage until they get to a stage that they will never recover, even if they are charged outside of their internal charging circuitry by opening the case.  This is the case for the vast majority of original Aibo 110/111/210/220/300 and 7 series batteries and re-celling is the only option.

We can replace the cells in all models of battery and when re-celled the batteries will be of a higher capacity than they were when manufactured as the batteries available today have higher energy densities than were available back then.  However this does not necessarily mean your AIbo will run twice as long with a 4ah cell structure as opposed to a 2ah one.

The reason for this is that inside there is a control circuit that knows exactly what the programmed capacity of the battery is and this configuration is protected by a password so just putting bigger capacity batteries in doesn't necessarily mean they will run for longer.

This is however something I have been working on for some time and at some point I hope to be able to replace the existing chip with one of my own programming and then the full benefits of higher capacities will be achieved.

It is worth mentioning that the batteries do run longer but not to their full potential (still longer than standard though).

When it comes to repairing the pcb's within I reserve the right to reject any repairs that are clearly beyond economic repair because a budding diy enthusiast has fried it big time. 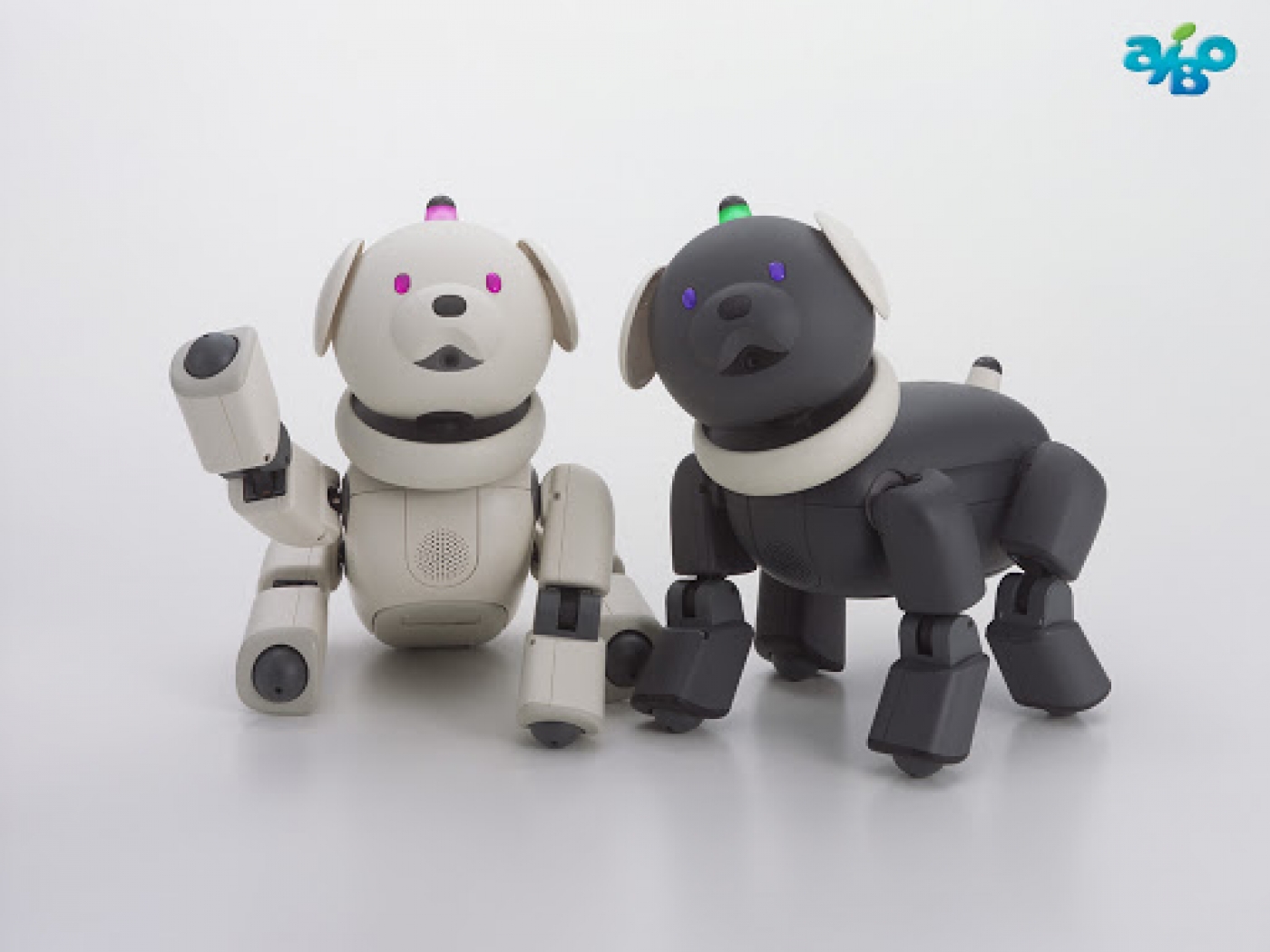 This article about Aibo Head and Leg Tremors is taken from our sister site at https://aibo-repairs.com

Ok so elsewhere I have covered the other "Syndromes" of the ill-fated Aibo family (well most the ERS-210 up to now) and yet another common problem persists within the Aibo gene pool.

This is the well know (and far reaching) leg and or head tremors.  The compact nature of the Aibo family required many many engineering challenges to be overcome without creating a unit that cost $20,000 and just wouldn't sell, so best efforts were used in the name of an affordable product (well sort of)

and a compact unit.  One of these best efforts was to use resistive motor location instead of optical location so a small variable resister is used which changes it's output value based upon where the motor (and it's attached limb) is positioned.  This was an elegant design and was well used within the radio controlled model servo industry so it was tried and tested.  The significant difference between these two methods of use was that in most cases a radio controlled model would be luck to last 20 weeks let alone 20 years and as such inherent wear was bound to come into play.  This wear exhibits itself as tremors in the Aibo's limbs and can be quite distressing to watch sometimes and is caused by dirt entering the variable resistor component and altering the accuracy of the output it generates and sometimes it is just worn out.  This then leaves Aibos servo motors controlling it's limbs unable to detect their exact position and causes the tremors as the motors continually try to correct their position over and over without success.

The resolution for this is first to determine of it's just dirt ingress or if the part is actually worn out and once this has been determined the corrective method is applied with either the unit being cleaned or replaced.

Most AIbo's exhibiting tremors only do so after many years of use and this syndrome is not normally associated with units that have been shelf queens or are new old stock.

Once repaired the units function normally and as yet none of my own pack that have received this repair have ever re exhibited any tremors (except when faced with my Dalmatian).

Published in Repairs
Be the first to comment!
Read more...

Other Problems With Aibo

This article about Aibo's other related problems is taken from our sister site at https://aibo-repairs.com

By now we all pretty much understand that Aibo is very technically advanced even by todays standards and pretty much broke the mould when it was launched back in 1999.  That's a given.  Unfortunately all the tech is crammed into a really small place and anyone who owns an older generation camcorder knows full well that it would be unlikely to be still fully functional after 20 years!!.

So why do we expect more from Aibo , well that's mainly because they were never considered a piece of tech or an appliance as such and were more part of the family, especially for any child lucky enough to have parents prepared to spend over $2000 dollars on a gift for them.

Under normal circumstances children and tech didn't mix very well back in the noughties and some Aibo's suffered this fate receiving broken limb joints trips and falls that left them unusable and destined for the cupboard or loft space.  The problem with any breakages on Aibo was two fold, firstly they were just so expensive to repair with Sony and secondly if anyone tried any kind of glue fix it had very little chance of long term success as the glued joint would be under so much stress just in normal use.

As time went by more and more of these maltreated or misused Aibo's found their way into cupboards and lofts all over the globe as Sony were no longer supporting them and parts were thin and far between.

Sadly some Aibo's were just too far gone to be repaired and that left only one fait for them and that was to try to help other slightly more fortunate ones to live again.  Yes it's said but so is death in general and Aibo's are no different from humans in this respect as we all know how successful the human organ donor transplant system

has been at saving lives for desperately ill people.  The same goes for Aibo in our eyes and we maintain a very thoughtful process for any Aibo's used for donor parts via our AIbo-Donor-Program at our sister site www.Aibo-Donor-Program.com where we keep previous owners fully updated with the progress of any Aibo's that have been rescued thanks to the generosity of individuals who have donated their faithful friends after their time has come.  We even provide certificates with can be displayed proudly to state that their lost pet lives on in other Aibo's whom without their help may have suffered the same fait.

Obviously using donor parts is our last option and rare to find parts are often re manufactured or even manufactured from scratch using our state of the art CAD systems and 3d printing and small scale manufacturing equipment which allows us to reproduce parts that otherwise couldn't be replaced.

Needless to say we do whatever is possible to keep Aibo going strong and we even provide yearly service plans to keep your techno pals in good running order.

For us Aibo ins't a business, it's an obsession!!

Published in Repairs
Be the first to comment!
Read more...