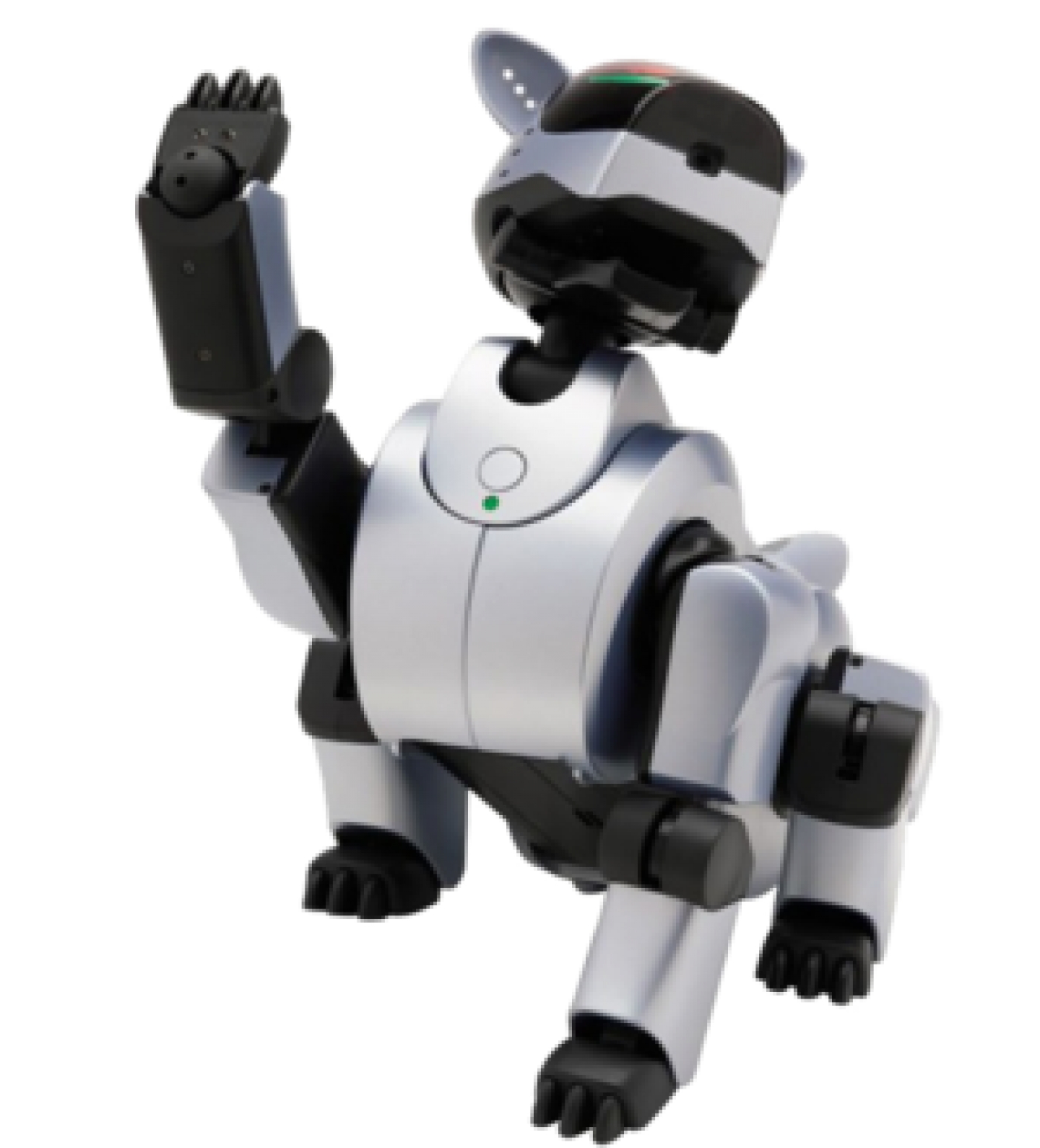 The ERS-210 was released by Sony in 2000. It is the most widely produced AIBO and the first to use the second generation Aperios architecture.

The ERS-210 sold the most units and as a result also had the most derivative models. It's success also gave birth to a similar, but separately released AIBO, the ERS-220. The ERS-210 was sold in a variety of colors- some limited edition, and some exclusive to the Supercore (read below) update. The first batch of ERS-210 AIBO robots were available in black (ERS-210/B), gold (ERS-210/N), and silver (ERS-210/S). These three colors were the standard for the ERS-210 and sold throughout the ERS-210's lifespan.

Primarily utilized in the RoboCup competition series but produced en masse, Supercore refers to an updated core from the original ERS-210 and ERS-220 modules. Supercore AIBOs have an improved CPU clock speed of 384MHz, double that of the 192MHz the standard ERS-210 and ERS-220 models use. Supercore AIBOs are differentiated from their standard counterparts by two holographic stickers inside the battery compartment of the core. Performance differences are not particularly noticeable between Supercore and standard ERS-210s, although the difference is typically substantial when utilizing AIBO for software development.

Out of all the models, the 210 had the most colors and special editions.

In 2000, the original silver, black, and gold ERS-210's launched.
Special editions in 2001 began with Spring Orange and White, followed by 2nd anniversary Sapphire Violet, Mazeran Green, and Everest White.
In 2002, the My Select AIBO Sony release, as well as the Holiday Red and White AIBOs, finished the ERS-210's production before the final version in 2003, the Cyber Blue in celebration of AIBO's 4th anniversary.

Tweet
Published in Aibo Models
More in this category: The Sony Aibo ERS-220 »